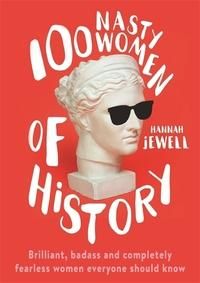 Se flere produktegenskaper
229,-
100 fascinating and brilliantly written stories about history's bravest, baddest but little known 'nasty' women from across the world. In the final debate of the 2016 US presidential election, Donald Trump leaned into the microphone as Hillary Clinton spoke about social security and called his opponent 'such a nasty woman'. The phrase has stuck around and has since become something of a badge of honour for women around the world. What better time than now, then, for us to look back and learn a thing or two from the 'nasty' women of the past?
Flere av samme forfatter
×