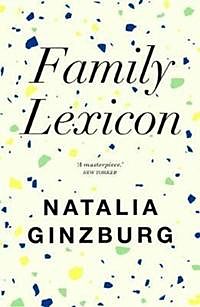 Se flere produktegenskaper
199,-
Giuseppe Levi, the father, is a scientist, consumed by his work and a mania for hiking - when he isn't provoked into angry remonstration by someone misspeaking or misbehaving or wearing the wrong thing. Giuseppe is Jewish, married to Lidia, a Catholic, though neither is religious; they live in the industrial city of Turin where, as the years pass, their children find ways of their own to medicine, marriage, literature, politics. It is all very ordinary, except that the background to the story is Mussolini's Italy in its steady downward descent to race law and world war. The Levis are, among other things, unshakeable anti-fascists. That will complicate their lives.
4 stars
4 av 5 stjerner (13) 4 0 5 13
5 stars
31%
4 stars
62%
3 stars
8%
2 stars
0%
1 stars
0%