Adventures of a young naturalist 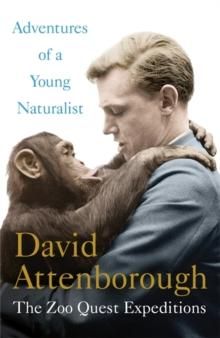 Se flere produktegenskaper
229,-
THE EARLY ADVENTURES OF A YOUNG DAVID ATTENBOROUGH Zoo Quest expeditions in Guyana, Indonesia and Paraguay - the perfect Christmas present for fans of Blue Planet 2, Gerald Durrell and Ranulph Fiennes THE SUNDAY TIMES BESTSELLER - The gripping adventures of a young David Attenborough, published in a beautiful gift hardback, with a new introduction and a new selection of 90 pictures, including colour In 1954, a young David Attenborough was offered the opportunity of a lifetime - to travel the world finding rare and elusive animals for London Zoo's collection, and to film the expeditions for the BBC for a new show called Zoo Quest. This book records those voyages, which mark the very beginning of a career that spans decades and stretches across continents, from Life on Earth to Blue Planet II, from the deepest oceans, the darkest jungles and everywhere in between'. Staying with local tribes while trekking in search of giant anteaters in Guyana, Kom
×