Last Kids on Earth, The 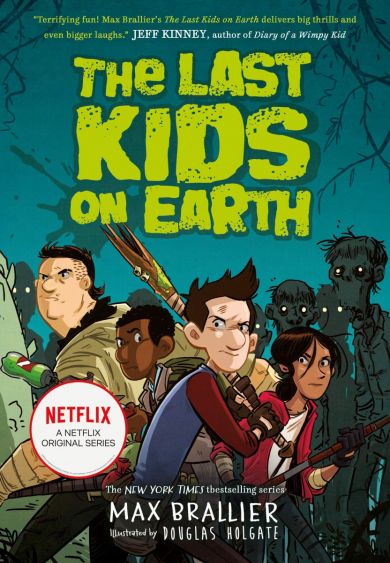 Se flere produktegenskaper
Tilbudspris 104,- Ordinær pris 149,-
'Forty-two days ago I was an ordinary kid, living an uneventful life. But now it's TOTAL MONSTER ZOMBIE CHAOS and I'm battling beasts on a daily basis. Crazy, right? But I know exactly how to make it through the zombie apocalypse.'


Meet Jack Sullivan, self-described as a late-blooming, slow-developing 13-year-old who has so far survived the zombie apocalypse by hiding out in his treehouse. Overnight Jack's life has become like the plot of a video game and he has come up with his own ULTIMATE FEATS OF APOCALYPTIC SUCCESS:

The Simpsons meets The Walking Dead in the first book of a hilarious new monster adventure series. Fans of Wimpy Kid, Tom Gates, Barry Loser and Dogman will love accompanying Jack on his mission to become the post-apocalyptic action hero. With hilarious, action-filled illustrations from Douglas Holgate bringing the story to life on every page, The Last Kids on Earth will captivate even the most reluctant readers. Perfect for zombie-hunters of 8 years and upwards.