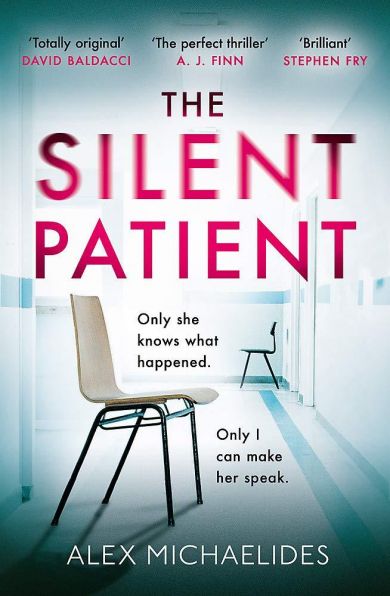 Alicia Berenson writes a diary as a release, an outlet - and to prove to her beloved husband that everything is fine. She can't bear the thought of worrying Gabriel, or causing him pain.Until, late one evening, Alicia shoots Gabriel five times and then never speaks another word.THEOForensic psychotherapist Theo Faber is convinced he can successfully treat Alicia, where all others have failed. Obsessed with investigating her crime, his discoveries suggest Alicia's silence goes far deeper than he first thought.And if she speaks, would he want to hear the truth?The Silent Patient is a heart-stopping debut thriller about a woman's brutal and random act of violence against her husband - and the man obsessed with discovering why.
5 stars
5 av 5 stjerner (159) 5 0 5 159
5 stars
65%
4 stars
25%
3 stars
9%
2 stars
1%
1 stars
0%