the sayings of Odin,viking wisdom 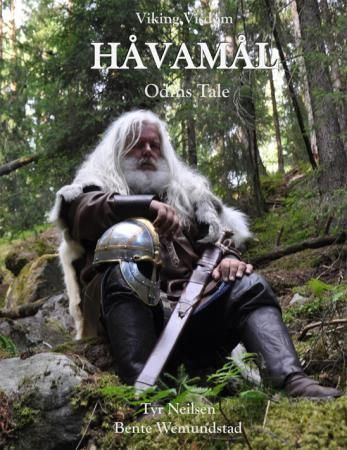 Se flere produktegenskaper
Tilbudspris 216,- Ordinær pris 248,-
VIKINGS rocked and ruled the world for three centuries! This book is about Hávamál, the Vikings code of conduct and wisdom from their highest god, Odin. Using the Hávamál as a guide, the Vikings created an era that was named after them. The only historical age named after a people. In the Viking Age, The sayings of Odin were delivered as a performance. Here the Hávamál is illustrated with exciting photographs of models and modern Vikings to recreate the original way of presenting his message. This book also provides insight into the many mysteries surrounding the Hávamál, with exclusive pictures of the original manuscript from the year 1270.
5 stars
5 av 5 stjerner (1) 5 0 5 1
5 stars
100%
4 stars
0%
3 stars
0%
2 stars
0%
1 stars
0%