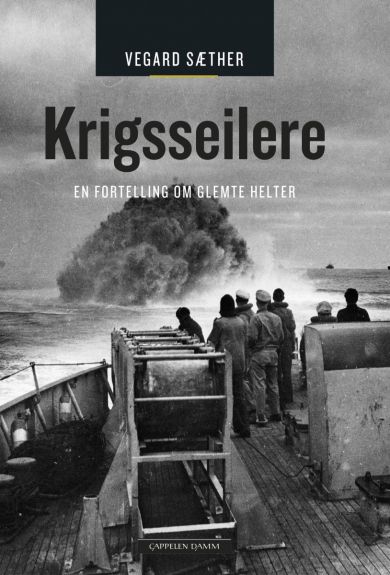 Se flere produktegenskaper
379,-
In the 1930s, 17 young men leave their homes in a Norwegian forest region to become sailors on merchant vessels. When the World War breaks out in 1939, several of them muster on Allied ships. They become wartime seamen, a decision for which they will pay a high price in lost years of youth, dead comrades and physical or mental damage.
The experiences of the “forest sailors” are in many ways representative of the history of the wartime seamen. Some witnessed battles at sea between German and British ships. Several of those who served on convoy ships that brought commodities important to Allied war effort experienced being torpedoed. Two of the forest boys were on the “Kvarstad boats” that left Gothenburg in 1942; one of them ended up a German POW and the other participated in the Allied invasion after enrolling to serve as a navy gunner.
Sæther bases his narrative on research into a wide range of sources. Wartime lives are described against a background of raging world war. The story focuses on the undignifiedtreatment meted out to them after 1945 and the lack of understanding of the traumatic effects of their experiences as wartime sailors. Some historians have singled out their service as Norway’s greatest contribution to the Allied victory.