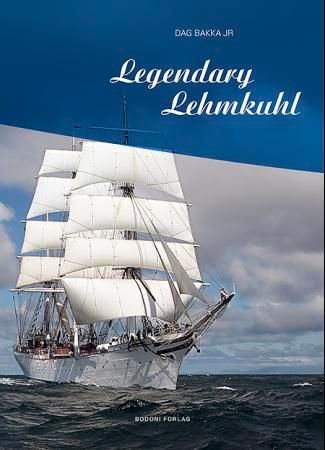 Se flere produktegenskaper
299,-
Passing her centenary in 2014, the sailing ship .Statsraad Lehmkuhl has not only become the very icon of Bergen's maritime heritage, but also a much loved and admired aristocrat among the world's sailing ships. At her ripe age she is doing more than 25,000 nautical miles a year, sailing the North Atlantic every autumn and winning international trophies. Legendary .Lehmkuhl traces her origin back to the German empire, built in Bremerhaven as .Grossherzog Friedrich August in 1914. Being ceded to Great Britain as war reparations in 1920, she was acquired by Kristofer Lehmkuhl and brought to Bergen the following year to become the sail training ship .Statsraad Lehmkuhl. After training two generations of seafarers she was saved for Bergen by the shipowner Hilmar Reksten and eventually donated to the Foundation for the sailing vessel Statsraad Lehmkuhl in 1978. At that point a long and demanding struggle began to revive .Lehmkuhl as a living sailing ship. After 13 yea
×