My Life in Football. The Autobiography 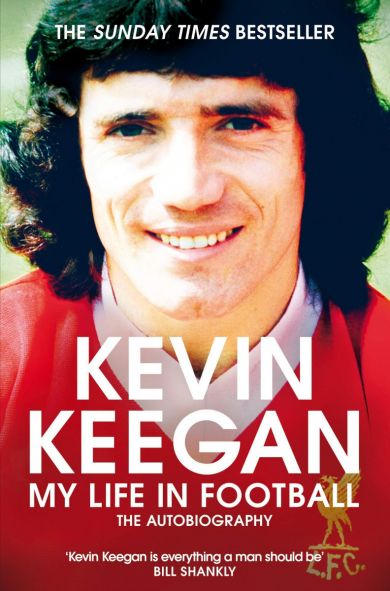 Se flere produktegenskaper
199,-
The phenomenal Sunday Times bestseller
Kevin Keegan is one of the greatest players in English football history, famed for his style on the pitch, his relentless ambition and passion for the game.

In My Life in Football Keegan tells the story of his remarkable rise through the sport, from the Peglers Brass Works reserve team in Doncaster to helping Liverpool become the kings of Europe, winning a Bundesliga title with Hamburg and captaining England. Keegan was recognised around the world as one of the sport's genuine superstars and remains the only Englishman to win the Ballon d'Or twice.

As a manager, Keegan's five-year spell in charge at Newcastle is now legendary; he led the club from the depths of the old Second Division to the brink of the Premier League title with a breathtaking vision and flamboyant style that saw his team dubbed 'The Entertainers'.
Fifty years since making his professional debut, Keegan tells the full story of the exhilarating highs and excruciating lows, from that epic battle with Sir Alex Ferguson and Manchester United in the 1995-6 season, as well as the pain of managing England and, finally, the shattering truth about his unhappy return to Newcastle in the controversial Mike Ashley era.

Brilliant, funny, passionate, deeply moving and incredibly honest, My Life in Football is the story of the miner's son from Doncaster who became a superstar and was known to his adoring fans as 'King Kev'.
×