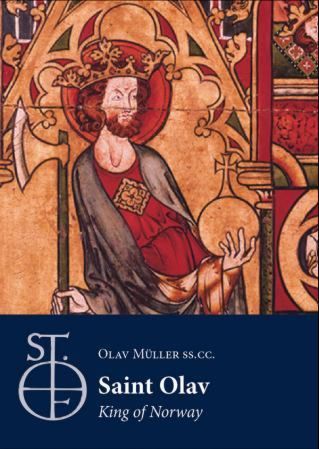 Se flere produktegenskaper
Tilbudspris 85,- Ordinær pris 98,-
It is not easy to describe Olav Haraldsson, the person and the saint. With few exceptions, the written sources regarding his life are about two hundred years later than his own period. Nor can we always trust them fully. We should not be surprised, therefore, when authors who have attempted to describe Olav the man have arrived at widely differing results. For some he is a brutal psychopath - for others, a bloodless saint like an angel - for still others, a genius as a military leader and a capable king who makes use of Christianity to further his political goals. Here it is a question of which eye is looking at Olav. The author of this book, a catholic priest from Trondheim, has had a relationship to Olav Digre since he was a child.
5 stars
5 av 5 stjerner (2) 5 0 5 2
5 stars
100%
4 stars
0%
3 stars
0%
2 stars
0%
1 stars
0%