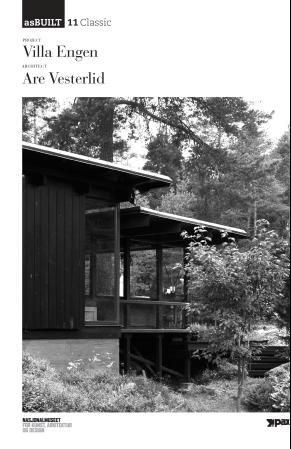 Se flere produktegenskaper
399,-
When Are Vesterlid (1921-2013) was awarded the Norwegian Timber Prize in 1962, the jury particularly praised his house for the Engen family (1961) in Moelv, north of Oslo. The intimate spatiality of the Villa Engen did not lend itself to spectacular media coverage, however, and the house more or less disappeared from the Norwegian post-war canon. In this essay, Nina Berre returns to the Villa Engen, investigates Vesterlid's sensitive handling of everyday life: The way the shifting light falls on the worktable the ascent from the entrance up into the living rooms
glimpses through the forest the reflected sunlight on Lake Mjøsa.