116 arctic summits!,a backcountry ski guide to some of the finest coastal mountains of Northern Norw 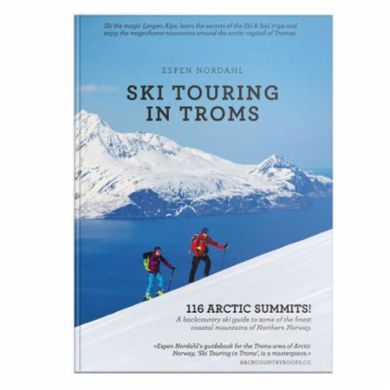 Espen Nordahl's Ski Touring In Troms was first published in 2010, and it has served as a guide for thousands of people searching for experiences in the Lyngen Alps, in the Tromsø area and other coastal mountains in Northern Norway. The new edition consists of several new routes, updated route descriptions, new images and better maps. The island of Senja has also been included as a ski touring destination.

Espen Nordahl (1960) moved to Tromsø in 1982 and has been one of the city's the most active ski touring enthusiasts ever since. Nordahl is the owner of Midnight Sun Mountain Guides and co-editor of the book 'Safer Ski Touring in Norway'.
×