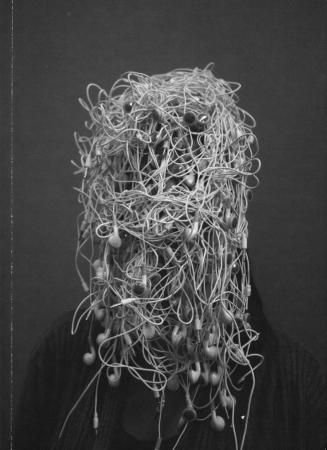 Se flere produktegenskaper
200,-
Retreat Center is an eclectic collection of recent collages, paintings, photographs, sculptures and sketches by Jan Freuchen. The publication also contains three short texts, written by Freuchen - Desire Lines, Amorphous Beings and The Island - offering alternative takes on the genealogy of drawing, sculpture and installation. Many of the works involve some kind of rigid and unbending structure that is confronted with an expressive gesture; the conventional structures that surround us in our everyday lives encounter a seemingly intuitive, free phenomenon. The works appear as a series of questions posed in a repetitive and almost manic way in an attempt to unite these conflicting idioms. Traditionally, the expressive gesture has been perceived as a liberating reaction to a constricted form. In Freuchen's works, the free line appears equally constrained and obsessive as the controlled, geometric structures - bridging the brush stroke with the Nike swoosh.
×