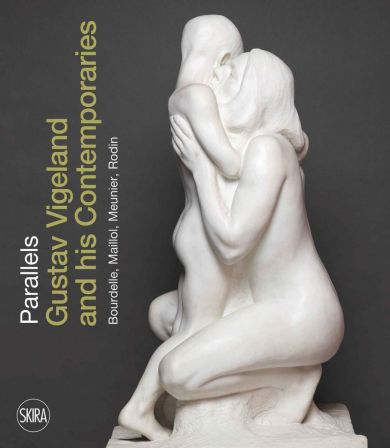 Se flere produktegenskaper
599,-
Alongside Edvard Munch, Gustav Vigeland (1869-1943) is Norway's most famous artist. He made his debut in 1889, and during the 1890's he established himself as one of Norway's most promising sculptors. His breakthrough came in 1908 with the celestial monument to the Norwegian mathematician Niels Henrik Abel, and during the first decade of the 20th century he made several critically acclaimed portraits and monuments. From 1907 he became gradually more preoccupied with his great Fountain, and what was to become the Vigeland Park in Oslo, today one of Norway's most visited tourist attractions.
In this catalogue, Gustav Vigeland will be presented with the following artists: Antoine-Louis Barye (1795-1875), Constantin Meunier (1831-1905), Auguste Rodin (1840-1917), Aristide Maillol (1861-1944) and Antoine Bourdelle (1861-1929). The aim of the book is to place Vigeland's artistic development in a broader art historical context.
Parallels will focus on Vigeland's own interest in the selected artists, the formal and thematic similarities and differences between their works, as well as Vigeland's development towards a more simplified form, contextualized by a juxtaposition with Maillol and Bourdelle.
×