a research project led by Dora Garcia,how Masotta was repeated 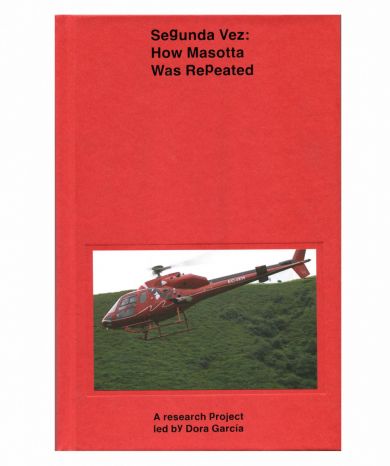 Se flere produktegenskaper
Tilbudspris 262,- Ordinær pris 300,-
Segunda Vez is an art research project centered on the figure of Oscar Masotta (Buenos Aires, 1930, Barcelona, 1979), an author of groundbreaking texts about the Happening, art, and dematerialization, a pioneer of Lacanian psychoanalysis in the Spanish-speaking world, and a happenista. The project has yielded a full-length and four medium-length films by Dora García, two Cahiers documenting the research, and this book. Segunda Vez: How Masotta Was Repeated offers a selection of Masotta's writings, including his early study of Argentinean author Roberto Arlt, as well as texts that contextualize Masotta's thought and broaden the reach of his reflections on the intersections between performance and psychoanalysis, art and politics.
×