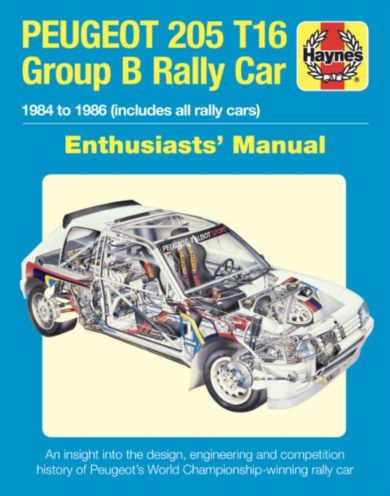 Se flere produktegenskaper
Tilbudspris 244,- Ordinær pris 349,-
The 205 T16 is the legendary Group B turbocharged four-wheel-drive rally car used by Peugeot to win 16 World Championship rallies between 1984 and 1986, and World Championship doubles in 1985 and 1986. This manual chronicles the design, anatomy, operation and rally record of the 205 T16, with input from many of the drivers and engineers involved.