The truths we hold 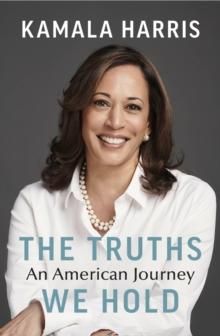 From one of America's most inspiring political leaders, a book about the core truths that unite us, and the shared values that will see us into the future. Known for bringing a voice to the voiceless, Senator Kamala Harris is committed to speaking the truth. The daughter of immigrants, she was raised in a community that cared deeply about social justice and, growing up, Harris herself never hid her passion for doing what is right.Throughout her career, from starting out as a prosecutor right up to her position as California's Attorney General, and now as a US Senator, her hallmarks have been applying a holistic, data-driven approach to the thorniest issues, whether it's taking on the big banks or rejecting stale `tough on crime' rhetoric as presenting a series of false choices. Neither `tough' nor `soft' but smart on crime became her mantra. Being smart means learning the truths that can make us better as a community, and supporting those truths with all our might. Through the arc of
×