The work I did

a memoir of the secretary to Goebbels 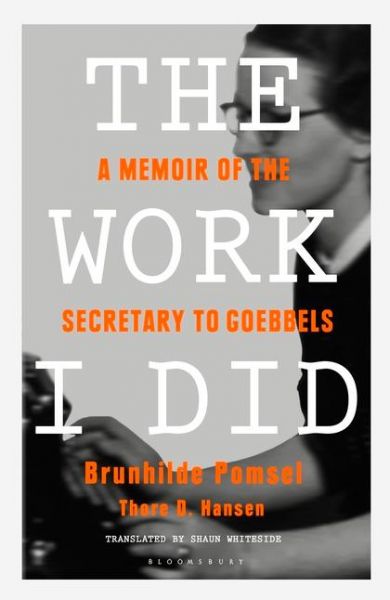 Se flere produktegenskaper
149,-
'I know no one ever believes us nowadays - everyone thinks we knew everything. We knew nothing. It was all a well-kept secret. We believed it. We swallowed it. It seemed entirely plausible'. Brunhilde Pomsel described herself as an 'apolitical girl' and a 'figure on the margins'. How are we to reconcile this description with her chosen profession? Employed as a typist during the Second World War, she worked closely with one of the worst criminals in world history: Nazi Propaganda Minister Joseph Goebbels. She was one of the oldest surviving eyewitnesses to the internal workings of the Nazi power apparatus until her death in 2017. Her life, mirroring all the major breaks and continuities of the twentieth century, illustrates how far-right politics, authoritarian regimes and dictatorships can rise, and how political apathy can erode democracy. Compelling and unnerving, The Work I Did gives us intimate insight into political complexity at society's highest levels - at one of histor
×