The last night at Tremore beach 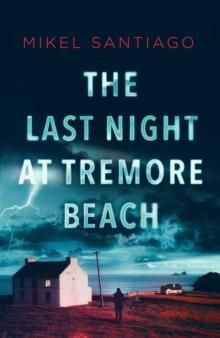 Se flere produktegenskaper
199,-
He'd seen the danger coming And now it is here ...It had started to rain. I could hear the drops pelting the glass and tile roof. Another storm? And then I heard it again: a pounding, louder this time. An urgent knocking at the door ...Peter Harper, a talented composer whose career and family are in crisis, comes to northwest Ireland to seek refuge in a remote cottage on beautiful, windswept Tremore Beach and try to piece his life back together. His only neighbours for several miles around are a retired American couple, Leo and Marie Kogan, who seem to sense his difficulties and take him under their wing. But there's something strange about the pair that Peter can't quite put his finger on. One night while returning home during one of the dramatic storms that pummel the coast, Peter is struck by lightning. Though he survives, he begins to experience a series of terrifying, lucid visions that seem to indicate that he, the Kogans and his visiting children are all
×