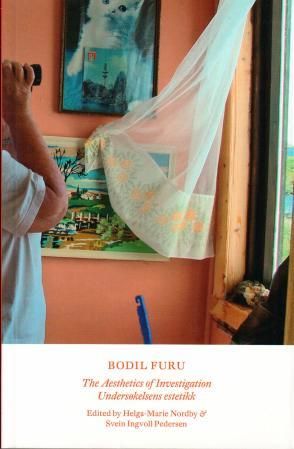 Se flere produktegenskaper
180,-
Over the past ten years, Bodil Furu has emerged as one of the most significant Norwegian video artists. She has developed an unmistakable visual language, embedded in documentary realism, and unites abiding humanistic questions with current concerns relating to globalisation and the increasing mediation of reality. Furu's films touch upon social development and Norway's changing relationship with the rest of the world - a relationship that is highlighted, for instance, by the global financial crisis, environmental issues, participation in foreign wars and the increasing use of migrant labour.Throughout her films, we meet people who reflect upon their role, identity and significance in the society of which they are a part, simultaneously linking matters of social and political complexity to personal and private issues, often in a surprisingly direct manner. This monograph contains new texts with different perspectives on the artist's production, with a special focus on how the real -
×