STATUES IN THE DARK & THE CELEBRATION 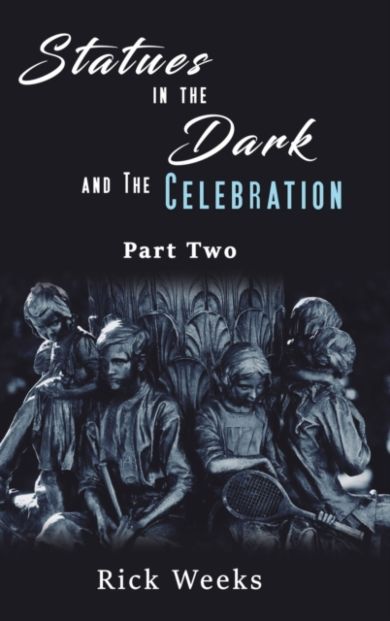 Se flere produktegenskaper
199,-
Part Two. When I began writing this book, I knew what the ending would be. I feel God took me in an entirely different direction. I thank Him for that. The story is about an old man who gains the ability to hear and converse with statues. The prologue brings you from the birth of Buck Thompson to the present day, which is sixteen years after the death of his wife, Rose. Buck talks with the statue of Moses, George Washington, Philip Schuyler, and others. He manages to save a lot more money than he previously thought possible. His cousins wife, Olivia, suggests he spend some money on getting a statue of Rose made so he would be able to talk