All Souls Trilogy Boxed Set, The 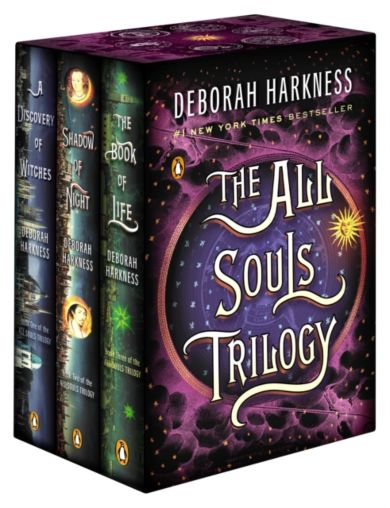 Se flere produktegenskaper
499,-
A Discovery of Witches, Shadow of Night, and The Book of Life, now available in a beautiful boxed set. Look for the hit TV series A Discovery of Witches airing on AMC and BBC America, and streaming on Sundance Now and Shudder. With more than two million copies sold in the United States, the novels of the number one New York Times-bestselling All Souls Series have landed on all the major bestseller lists, garnered rave reviews, and spellbound legions of loyal fans. Now all three novels are available in an elegantly designed boxed set that's perfect for fans and newcomers alike, and the perfect introduction to the on-going series which continues with Time's Convert, book four.
Flere i samme serie.
Merk produktene som skal legges i handlekurven
×