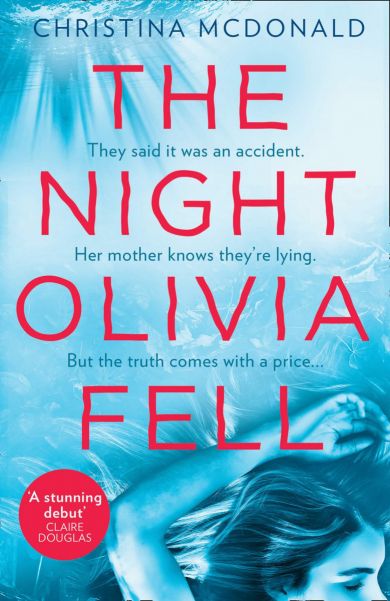 Se flere produktegenskaper
149,-
They said it was an accident. Her mother knows they're lying. But the truth comes with a price...
A fast-paced and action packed psychological thriller that is full of twists and turns you won't see coming. The Night Olivia Fell is the most gripping suspense mystery you'll read this year.
IT'S EVERY PARENT'S WORST NIGHTMARE.

Abi Knight is startled awake in the middle of the night to a ringing phone and devastating news her teenage daughter, Olivia, has been in a terrible accident.

Abi is told that Olivia slipped and fell from a bridge into the icy water below, and now she lies silent, dependent on life support.

But then Abi sees the angry bruises around Olivia's wrists and learns that her sensible daughter is in fact three months pregnant . . .