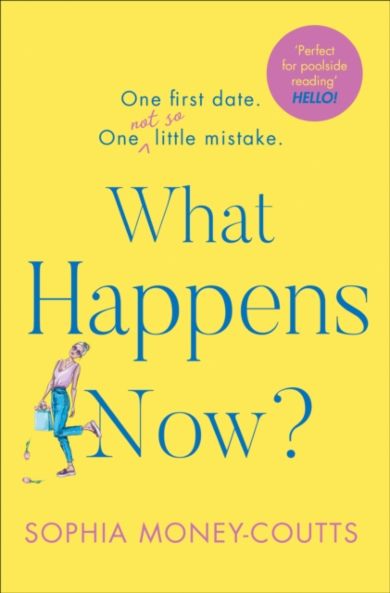 Se flere produktegenskaper
Tilbudspris 160,- Ordinær pris 229,-
'I was pregnant with the baby of a man I had met once. What was one normally left with after a first date? A bad case of thrush?'

After eight years together, Lil Bailey thought she'd already found 'the one' - that is, until he dumped her for a blonde twenty-something colleague. So she does what any self-respecting singleton would do: swipes right, puts on her best bra and finds herself on a first date with a handsome mountaineer called Max. What's the worst that can happen?

Well it's pretty bad actually. First Max ghosts her and then, after weeing on a stick (but mostly her hands), a few weeks later Lil discovers she's pregnant. She's single, thirty-one and living in a thimble-sized flat in London, it's hardly the happily-ever-after she was looking for.

Lil's ready to do the baby-thing on her own - it can't be that hard, right? But she should probably tell Max, if she can track him down. Surely he's not that Max, the highly eligible, headline-grabbing son of Lord and Lady Rushbrooke, currently trekking up a mountain in South Asia? Oh, maybe he wasn't ignoring Lil after all...