Encyclopedia of the Barents region

volum I and II 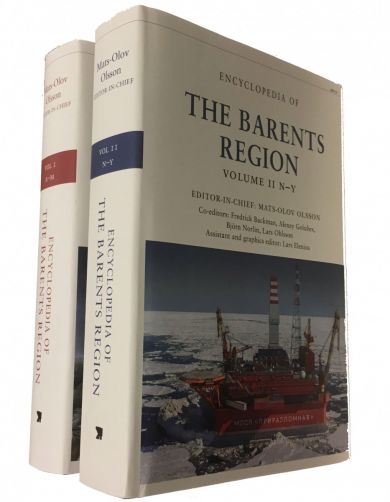 Se flere produktegenskaper
Tilbudspris 717,- Ordinær pris 899,-
A comprehensive encyclopedia of the Northern parts of Norway, Sweden, Finland and Russia The Barents region comprises the northernmost parts of Norway, Sweden, Finland and Russia. It was established in 1993 as a result of the disintegration of the Soviet Union, and it is also the first macroregion to move beyond the Cold War's Iron Curtain. Six million people live in the Barents Region. As is the case with nations, there are different understandings of what constitutes a region. Are regions deeply grounded in history and culture or are they created by actors for instrumental reasons? The Barents Region is the prototype of a region made by concrete actors for political purposes, but the historical account shows that there were transnational contacts even before this novel political construction came into being. The encyclopedia represents the ultimate guide to the region bridging the gap between Russia and the Nordic countries in terms of geography, his
×