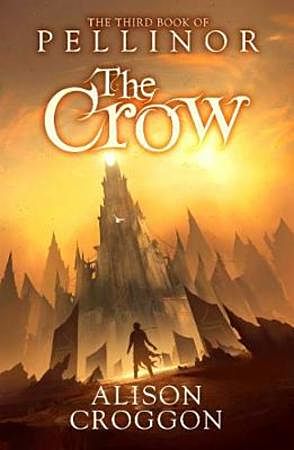 Se flere produktegenskaper
149,-
This is the third book in the epic Pellinor series - four books telling an extraordinary tale of another world. Whilst his sister, Maerad, pursues her dangerous destiny in the frozen North, Hem is sent south to Turbansk for his own safety. But soon the forces of the Dark overrun the great city and Hem flees with his mentor, Saliman, his white crow, Irc, and a young orphan girl, Zelika, to join the resistance. He agrees to help fight the Nameless One by spying on the child armies of the Dark. Now Hem has a vision - he too has a part to play in Maerad's quest for the Treesong. But Zelika has been captured by the child army, and Hem's destiny must wait. Hem pursues Zelika to the Dark's stronghold, little realizing that her cause is lost. He reunites with Saliman and, broken-hearted, starts the perilous search for his sister. In this title, Lord of the Rings meets Ursula Le Guin, for a new generation.
Flere i samme serie.
Merk produktene som skal legges i handlekurven
×