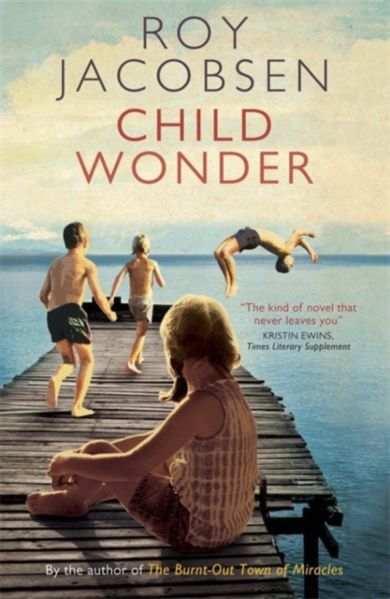 Se flere produktegenskaper
169,-
Finn lives with his mother in an apartment block in a working-class suburb of Oslo. It is 1961, a time when 'men became boys and housewives women', the year the Berlin Wall is erected and Yuri Gagarin becomes the first man to travel into space. Life is electrical, beautiful and stubbornly social-democratic. One day a mysterious half-sister appears 'with an atom-charge in a light blue suitcase', and she turns his life upside-down. Over an everlasting summer, Finn attempts to grasp the incomprehensible adult world and his place within it. His mother appears to carry a painful secret, but one which pushes them ever further apart. And why is his new sister so different from every other child? Child Wonder is a powerful and unsentimental portrait of childhood, a coming-of-age novel full of light and warmth. Through the eyes of a child Roy Jacobsen has captured the complexities of his characters through their actions, and has produced an immensely uplifting novel that shines with humanity.
5 stars
5 av 5 stjerner (712) 5 0 5 712
5 stars
68%
4 stars
25%
3 stars
7%
2 stars
1%
1 stars
0%