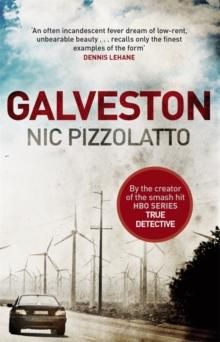 Se flere produktegenskaper
149,-
From the creator of the hit HBO series True Detective comes a powerful, gleaming-dark thriller rich with Southern atmosphere. Roy Cady is by his own admission 'a bad man'. With a snow flurry of cancer in his lungs and no one to live for, he's a walking time-bomb of violence.

Following a fling with his boss's lover, he's sent on a routine assignment he knows is a death trap. Yet after a smoking spasm of violence, Roy's would-be killers are mostly dead and he is mostly alive. Before Roy makes his getaway, he finds a beaten-up woman in the apartment, and sees something in her frightened, defiant eyes that causes a crucial decision.

He takes her with him on the run from New Orleans to Galveston, Texas, permanently entwining their fate along a highway of seedy bars and fleabag hotels, a world of treacherous drifters, pick-up trucks, and ashed-out hopes, with death just a car-length behind. Nic Pizzolatto's highly acclaimed, Edgar Award-nominated thriller announces the arrival of a major new talent for fans of Dennis Lehane, James Lee Burke and Breaking Bad.
4 stars
4 av 5 stjerner (29) 4 0 5 29
5 stars
48%
4 stars
31%
3 stars
21%
2 stars
0%
1 stars
0%