I Heard You Paint Houses

Now Filmed as The Irishman directed by Martin Scorsese 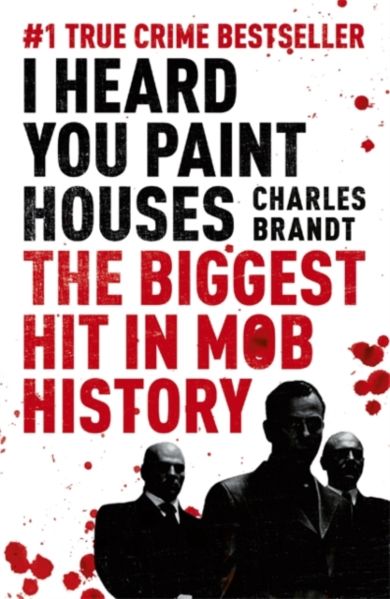 Se flere produktegenskaper
179,-
Soon to be a major film directed by Martin Scorsese.'I heard you paint houses' are the first words Jimmy Hoffa ever spoke to Frank 'the Irishman' Sheeran. To paint a house is to kill a man. The paint is the blood that splatters on the wall and floors. In the course of nearly five years of recorded interviews Frank Sheeran confessed to Charles Brandt that he handled more than twenty-five hits for the Mob, and for his friend Hoffa. Sheeran learned to kill in the US Army, where he saw an astonishing 411 days of active combat during World War 2. After returning home he became a hustler and a hit man, working for legenday crime boss Russell Bufalino. Eventually Sheeran would rise to a position of such prominence that he was named as one of only two non-Italians on a list of the twenty-six most wanted Mob figures. When Bufalino ordered Sheeran to kill Hoffa, the Irishman did the deed, knowing that if he refused, he would have been killed himself. Sheeran's important and fascinating story includes brand new information on other famous murders, and provides rare insight into an infamous chapter in US and Mafia history. This is a page turner that is destined to become a true-crime classic.
×