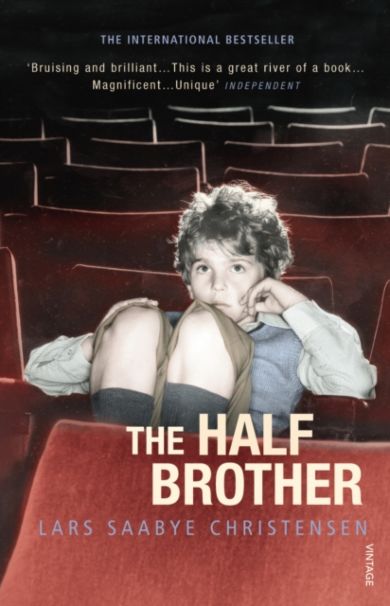 Se flere produktegenskaper
199,-
Growing up in sixties Oslo, Barnum lives with an extended, eccentric family and his older half-brother, Fred, who was conceived after the rape of their mother in the dying days of World War II. Barnum seems to have stopped growing and Fred, implicated in a tragedy that leaves a family member dead, becomes mute - only roused when he hears 'Living Doll' one time too many. The two half-brothers embark on their seperate courses, Fred becoming a boxer and Barnum a scriptwriter, and it is twenty-seven years before a fax from their dying mother offers Barnum the chance to see his brother again. This literary marvel tells the story of an ordinary Norwegian family, set apart by extraordinary family members, with unsentimental charm, exuberant comedy and devastating tragedy.
5 stars
5 av 5 stjerner (859) 5 0 5 859
5 stars
68%
4 stars
20%
3 stars
7%
2 stars
3%
1 stars
1%