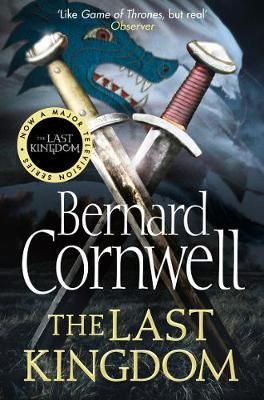 Se flere produktegenskaper
149,-
Uhtred is an English boy, born into the aristocracy of ninth-century Northumbria. Orphaned at ten, he is captured and adopted by a Dane and taught the Viking ways. Yet Uhtred's fate is indissolubly bound up with Alfred, King of Wessex, who rules over the only English kingdom to survive the Danish assault.The struggle between the English and the Danes and the strife between christianity and paganism is the background to Uhtred's growing up. He is left uncertain of his loyalties but a slaughter in a winter dawn propels him to the English side and he will become a man just as the Danes launch their fiercest attack yet on Alfred's kingdom. Marriage ties him further still to the West Saxon cause but when his wife and child vanish in the chaos of the Danish invasion, Uhtred is driven to face the greatest of the Viking chieftains in a battle beside the sea. There, in the horror of the shield-wall, he discovers his true allegiance.
5 stars
5 av 5 stjerner (79) 5 0 5 79
5 stars
70%
4 stars
23%
3 stars
6%
2 stars
1%
1 stars
0%