Lords of the North, The. The Last Kingdom Series 3 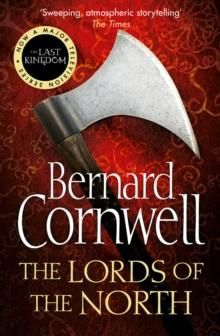 Se flere produktegenskaper
149,-
He wants the land and castle that is his. He wants his treacherous uncle to pay for taking them. Heading north with his lover, former nun Hild, he finds chaos as the Vikings battle among themselves to consolidate their hold on the region.

At the heart of it are men from Uhtred's past - Sven the One-Eyed and Kjartan the Cruel, men of vicious reputation. Still, he has matched such men before. Then Uhtred suffers a betrayal to rival the treachery that deprived him of his birthright.