part two of the void trilogy 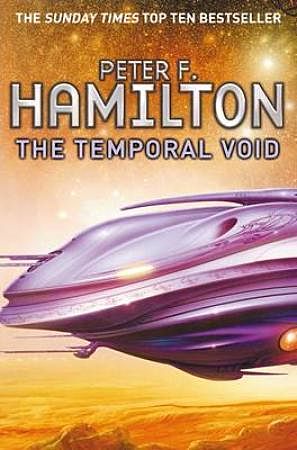 Se flere produktegenskaper
149,-
The Commonwealth is in turmoil as the Living Dream cult prepares to pilgrimage into the Void. Breaching this sealed micro-verse could cause an irreparable rift in space. But the cult's fanatics won't be halted, as the Void projects dreams of a paradise. An enemy invasion fleet also approaches as the Oscien Empire takes advantage of the Commonwealth's confusion. Yet unity is impossible, as post-human factions enter an internecine war over humanity's destiny. Investigator Paula Myo is determined to find the Void's latest prophet, believing this could unlock the crisis, but even she will need help. This 'Second Dreamer' is even now channelling the Void's latest visions to a rapt humanity. At the heart of events is Edeard the Waterwalker, who lived long ago within the Void. He's Living Dream's messiah, visions of his crusade against injustice inspiring billions and Edeard's glorious story has also incited the Pilgrimage. And, as his ultimate triumph approaches, the Void's true nature will be revealed. 'This is thrilling stuff ...compulsively readable' The Times
Flere i samme serie.
Merk produktene som skal legges i handlekurven