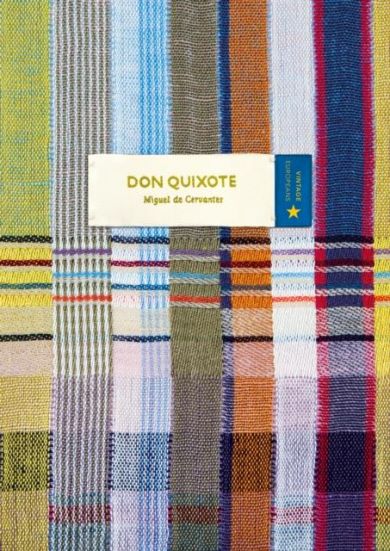 Se flere produktegenskaper
149,-
The Vintage Classics Europeans series - with covers provided by textile design firm Wallace Sewell, these are must-have editions of European masterpieces, celebrating the warp and weft of a shared literary treasury. Widely regarded as the world's first modern novel, and one of the funniest and most tragic books ever written, Don Quixote chronicles the adventures of a noble knight and his faithful squire as they travel through sixteenth-century Spain. Except the knight is not really a knight, his princesses are servant girls, his enchanted castles are inns and his giants are windmills. Don Quixote's goodness is real however, and his wish for the world to be full of adventures and passion is so profoundly human that, four hundred years after its first appearance, his story still crackles, beguiles and inspires.
Flere i samme serie
Merk produktene som skal legges i handlekurven
Flere av samme forfatter
×