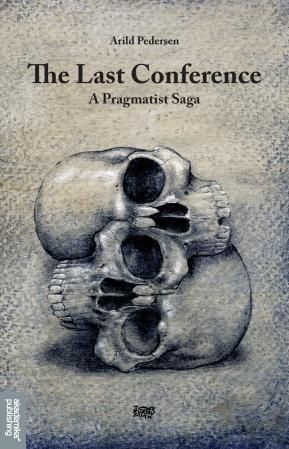 Se flere produktegenskaper
299,-
Once, philosophers like Plato and Kierkegaard combined narratives and logical arguments to engage both brain hemispheres, creating a kind of Gesamtphilosophy. Nowadays, philosophers mostly communicate with their left hemisphere. In this book, Gesamtphilosophy is restored in a spirit of pragmatism. It is the story of an inexperienced NY Times journalist who is sent to Reykjavik by his editor to cover a philosophy conference on experience, where he himself becomes experienced. During the conference he reports from five presentations on views of experience: Those of Timothy Williamson, John McDowell, Robert Brandom, Richard Rorty, and John Dewey, all representing increasingly complex theories. At the same time, he experiences what the theories say. He becomes a participant, rather than a mere reporter, and finds himself living a modern saga, with striking similarities to a certain Old Norse saga. Dramatic events, involving love and power struggle, are crowned by a volcanic eruption with fatal consequences, before he returns to NY as a very experienced man.