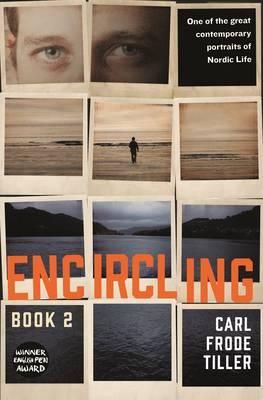 Se flere produktegenskaper
149,-
The island of Otteroya, a rural backwater of Norway, provides the setting for Book Two of Tiller's multi-award winning Encircling trilogy. Its singular premise continues: an enigmatic central character, David, has lost his memory and his friends and family write letters at the behest of his psychiatrist about the lives they once shared. The encircling narratives offered by two childhood friends and the midwife who attended his birth, reveal both the roots of his waywardness and, in a shocking twist, the traumatic secret of his identity. Tiller uses a carefully scored polyphony of voices to present this epic saga of dysfunctional lives misshapen by poverty. As in the work of our own Ken Loach or Mike Leigh, its strength lies in its close domestic focus. Encircling: Book 2 is an intimate and modern portrait of Norwegian life that is both searingly honest and uncomfortably true. Encircling 2 is the second volume of a multi-award winning trilogy, published to acclaim in Norway.
5 stars
5 av 5 stjerner (348) 5 0 5 348
5 stars
84%
4 stars
13%
3 stars
2%
2 stars
1%
1 stars
0%