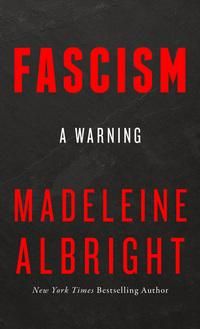 Se flere produktegenskaper
149,-
The twentieth century was defined by the clash between democracy and Fascism, a struggle that created uncertainty about the survival of human freedom and left millions of innocent people dead. Given the horrors of that experience, one might expect the world to reject the spiritual successors to Hitler and Mussolini should they arise in our era. In Fascism: A Warning, Madeleine Albright, draws on her own experiences as a child in war-torn Europe and her distinguished career as a diplomat to question that very assumption. Fascism, as Albright shows, not only endured through the course of the twentieth century, but now presents a more virulent threat to international peace and justice than at any time since the end of World War II. The momentum toward democracy that swept the world when the Berlin Wall fell has gone into reverse. The United States, which has historically championed the free world, is led by a president who exacerbates popular divisions and heaps scorn on democratic inst
Flere av samme forfatter
×