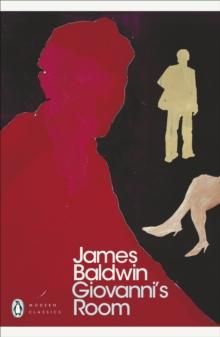 Se flere produktegenskaper
169,-
'Exquisite, a feat of fire-breathing, imaginative daring' Guardian David, a young American in 1950s Paris, is waiting for his fiancee to return from vacation in Spain. But when he meets Giovanni, a handsome Italian barman, the two men are drawn into an intense affair. After three months David's fiancee returns and, denying his true nature, he rejects Giovanni for a 'safe' future as a married man.

His decision eventually brings tragedy. Filled with passion, regret and longing, this story of a fated love triangle has become a landmark of gay writing. James Baldwin caused outrage as a black author writing about white homosexuals, yet for him the issues of race, sexuality and personal freedom were eternally intertwined.

'If Van Gogh was our 19th-century artist-saint, James Baldwin is our 20th-century one' Michael Ondaatje 'Baldwin writes of these matters with unusual candour and yet with such dignity and intensity' The New York Times 'Violent, excruciating beauty' San Francisco Chronicle
Flere i samme serie
Merk produktene som skal legges i handlekurven
Flere av samme forfatter
×