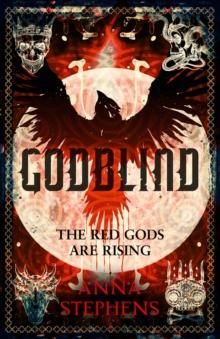 Se flere produktegenskaper
199,-
Fantasy's most anticipated debut of the yearIt has been a thousand years since the Red Gods were exiled, and the Mireces people humiliated. Now, from the mountains they were banished to, King Corvus is planning his revenge.Dom is a Watcher and devoted follower of the Dancer, but cursed with a power which sees him gripped by terrifying prophecies of the future. When slave Rillirin escapes the Mireces and arrives in Watcher Village, Dom foresees the unthinkable: a terrible war between Rilpor and the Mireces.After prince Rivil fails his attempt to kill his father and seize the throne, he flees Rilpor and falls in with a band of Mireces, converting to their faith, and promising to aid them seizing the throne.Dom must convince Rilpor to trust his prophecies if they're to stand a chance against a Mireces invasion. Because war is coming, as the world as they know it is under threat like never before.
Flere i samme serie
Merk produktene som skal legges i handlekurven
Flere av samme forfatter
×