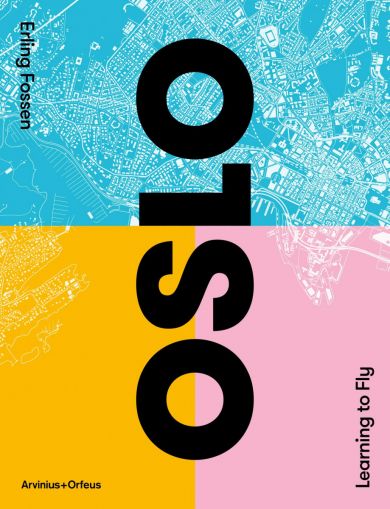 More has happened in Oslo over the last 40 years than in the previous 1000. Oslo - Learning to Fly is first and foremost a documentation of the transformation of this former sleepy village into what Jones Lang LaSalle has called .A new emerging world city. Oslo has seen continuous growth since 1984, and has been among the fastest growing cities in Europe for decades. The story spans from the conversion of a major shipyard into the award-winning, multi-use borough of Aker Brygge in the late 1980s, and into 2030, when the transformation to a post-industrial city will be complete. This book is the first comprehensive presentation of Oslo's radical transformation.
This book is about learning, not just from the past, but also from mistakes. A city will always have many possible futures, and choosing the right one is grounded in what we have actually learned from our mistakes. Major stakeholders have been asked what they would have done differently in past projects, what lessons they take with them into new development projects, and about the battles they fought for the right to define Oslo's new urban reality. Oslo - Learning to Fly will also present projects never to be realized, and renderings of possible futures.
Oslo - Learning to Fly can be used as a tool kit for urban practitioners in post-industrial cities. The philosophy and principles behind Oslo's urban development are revealed. The book is divided into four chapters. The first is dedicated to the .Fjord City - giving the once busy harbour back to the citizens of Oslo. Chapter two is devoted to the guiding principle in Oslo's steering document - .Kommuneplanen mot 2030 - managing distribution of growth through densification around public transport hubs. Since most of the city has already been built, chapter three is about transformation and refinement of the already existing urban fabric. The final chapter is about making .third places relevant, a crucial factor in enabling the concept of community.
Flere av samme forfatter
×