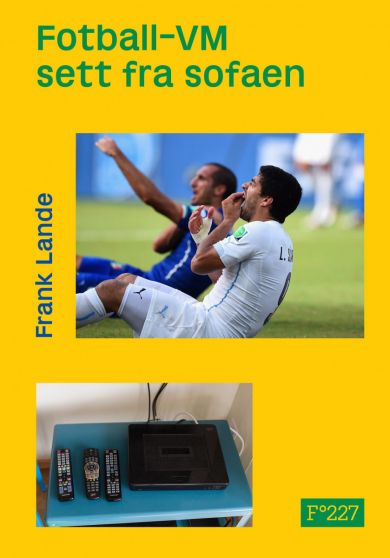 Se flere produktegenskaper
Tilbudspris 322,- Ordinær pris 369,-
The FIFA World Cup is the world's largest sporting event in terms of number of spectators. FIFA require the stadium where the final is played to have capacity for 80,000 spectators, but that is nothing compared to the 2.2 billion people who watched at least 20 minutes of the final between Spain and the Netherlands in South Africa in 2010. A book which will cover the World Cup experience in its entirety must therefore be written from a sofa. And that's just what Frank Lande plans to do.

When the tournament kicks off on 12 June, he will be sitting in a basement flat in Hammerfest with a laptop on one knee and his three year old son on the other. Using the remote control, this author in exile will try to connect to a world event. Initially, the author will watch the games on TV at home, but he will also visit many of the town's immigrants to watch their teams play with them and hear what brought them to Hammerfest.