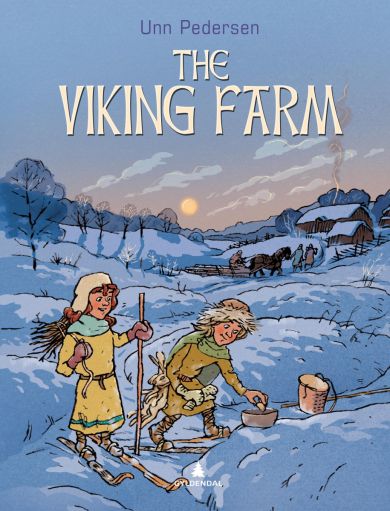 Join us on a trip to the Viking Age!
Did you know that nearly everybody lived on a farm, and that children did not go to school? Or that many people were slaves, while rich children became foster-children?
Come along with Thora, a girl from the town, as she goes on a visit to a farm where her cousin Ravn lives. You can follow them to the cemetery, into the logging woods, when they are preparing for Yule and when they are making sacrifices to the gods. The stories - and the facts - are based upon what archaeologists and other specialists have discovered by studying jewellery, sagas, graves, building traces and skeletons.
Unn Pedersen (b. 1973), who is the author of this book, is a Viking Expert. She is an archaeologist at the University of Oslo and has taken part in many excavations.
.
In the same series: The Viking Town