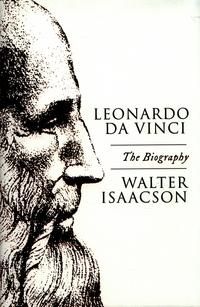 Se flere produktegenskaper
299,-
'To read this magnificent biography of Leonardo da Vinci is to take a tour through the life and works of one of the most extraordinary human beings of all time in the company of the most engaging, informed, and insightful guide imaginable. Walter Isaacson is at once a true scholar and a spellbinding writer. And what a wealth of lessons there are to be learned in these pages.' David McCullough Based on thousands of pages from Leonardo's astonishing notebooks and new discoveries about his life and work, Walter Isaacson weaves a narrative that connects his art to his science. He shows how Leonardo's genius was based on skills we can improve in ourselves, such as passionate curiosity, careful observation, and an imagination so playful that it flirted with fantasy. He produced the two most famous paintings in history, The Last Supperand the Mona Lisa. But in his own mind, he was just as much a man of science and technology. With a passion that sometimes became obsess
Flere av samme forfatter
×