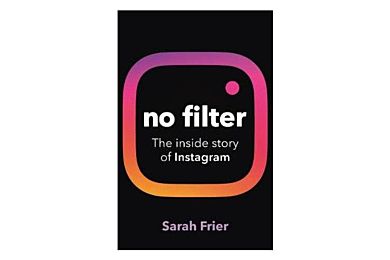 Se flere produktegenskaper
Tilbudspris 174,- Ordinær pris 249,-
Winner of the 2020 Financial Times and McKinsey Business Book of the Year Award - “Best Book of the Year” Fortune, The Financial Times, The Economist. In this “sequel to The Social Network” (The New York Times), award-winning reporter Sarah Frier reveals the never-before-told story of how Instagram became the most culturally defining app of the decade. “The most enrapturing book about Silicon Valley drama since Hatching Twitter” (Fortune), No Filter “pairs phenomenal in-depth reporting with explosive storytelling that gets to the heart of how Instagram has shaped our lives, whether you use the app or not” (The New York Times). In 2010, Kevin Systrom and Mike Krieger released a photo-sharing app called Instagram, with one simple but irresistible feature: it would make anything you captured look more beautiful. The cofounders cultivated a community of photographers and artisans around the app, and it quickly went mainstream. In less than two years, it caught Facebook’s attention: Mark Zuckerberg bought the company for a historic $1 billion when Instagram had only thirteen employees.
×