Outbreak of the viking age 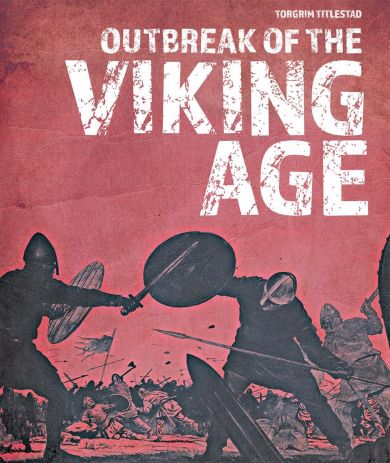 Se flere produktegenskaper
199,-
Outbreak of the Viking Age is beautifully illustrated with a series of pictures, artworks and maps. An easily read book, presented in a handy paperback format. Was it sheer lust for conquest that drove Scandinavian warriors to attack the monastery at Lindisfarne in the year AD 793? Or was the raid a reaction to Charles the Great's massacres on the European continent, and his destruction of the Saxon holy shrine, Irminsul? Does a letter from the monk Alcuin contain a .smoking gun which suggests there were already plans to convert the 'heathens' in the North to Christianity? In this new book about the causes of the outbreak of the Viking Age, historian Torgrim Titlestad gives a voice to the legendary warriors who helped shape one of the most controversial epochs in European history.
5 stars
5 av 5 stjerner (1) 5 0 5 1
5 stars
100%
4 stars
0%
3 stars
0%
2 stars
0%
1 stars
0%