the labyrinth of the faun 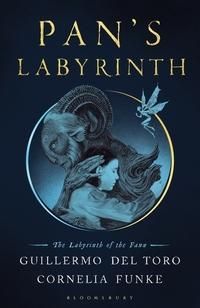 Se flere produktegenskaper
229,-
A thrillingly dark novel that shows the rare magic that can happen when two dazzlingly original imaginations come together to make a book. Bestselling author Cornelia Funke has written a novel inspired by Guillermo del Toro's captivating 2006 film. Beautiful, haunting, visceral, gutsy, it's a vastly inventive, grown-up modern fairytale, pulsing with power of stories to shape lives, hearts and minds. Ofelia has been sent to stay with her new stepfather, a ruthless captain of the Spanish army. For him, the dark and eerie forest in which they live is a cage, serving only to hide resistance fighters in the drawn-out and bloody civil war - those he has made it his aim to destroy. But with her mother bedridden, Ofelia is left unchecked and becomes enchanted by their magical home. Obsessed with fairytales, she is drawn deeper and deeper into a mythical world which is both cruel and kind, benign and deadly. For Ofelia, too, must endure violence if she is to complete the
Flere av samme forfatter
×