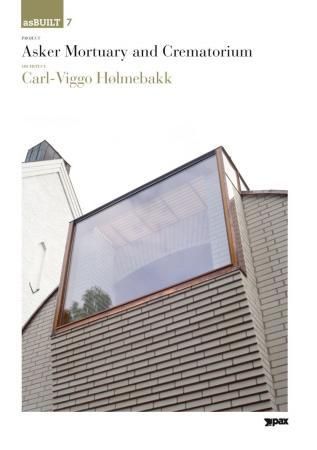 Se flere produktegenskaper
Tilbudspris 279,- Ordinær pris 399,-
Throughout his career Carl-Viggo Hølmebakk has had a very small office with an even smaller production. While for some, a small office size might be a limitation, for Holmebakk it has enabled him to delve deep into architectural problems rarely investigated by his colleagues. His practice is precarious, and probably most of what he creates is at the edge of what is possible to realize, and as such becomes a mapping of society's capacity to absorb and materialize ideas. The Asker mortuary (built) and the Asker crematorium(not built) exemplify the position of this rather unclear border of tolerance. An investigation of this area becomes one of the main topics in Martin Braathen's essay as he reflects on several key issues in Hølmebakk's work. Does architecture come into being when the project is completed in the mind of the architect, or at the moment it is realized as a physical object and conditions human activity? He concludes, Architecture's 'architecturehood' is for Hølmebakk contained neither in the built object nor in the drawn representation (as with pictorial art). Rather, it occurs in the perceiving subject only. Architecture is performative, and this performance is played out in the mind.
Flere i samme serie
Merk produktene som skal legges i handlekurven
×