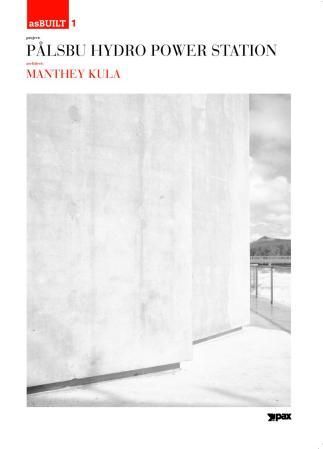 Se flere produktegenskaper
Tilbudspris 347,- Ordinær pris 399,-
Pålsbu Hydro Power Station Hydroelectric dams and power plants represent a significant aspect of Norwegian modernity. With their bold architectural insertions into the landscape, these installations from the turn of the 19th century are magnificent reminders of the powerful processes shaping the modern Norwegian cultural landscape. A producer of clean energy, the recently inaugurated water power station in Pålsbu revives the venerable tradition of architect-designed industrial structures. Located by the Pålsbufjorden Dam in the South-East of Norway, the small power station forms the uppermost of a series of reservoirs. The near circular building is a distinct object, clearly offset from the wall of the dam. Yet at the same time its dimensions and materiality makes it one with the overall assembly, with the precast panels echoing the tripartite neo-classicism of the old dam façade, as elaborated on in architect Morten Sjaastad.s essay. The complex and unexpected geometry produced by the Pålsbu power station makes manifest a mature and intriguing work of architecture, yet it is one of the first completed commissions by the Oslo-based office Manthey Kula, established in 2004. This book gives an extensive presentation of the structure by a complete collection of working drawings as well as photographs by Per Berntsen.
Flere i samme serie
Merk produktene som skal legges i handlekurven
×