China and the World Since 1750 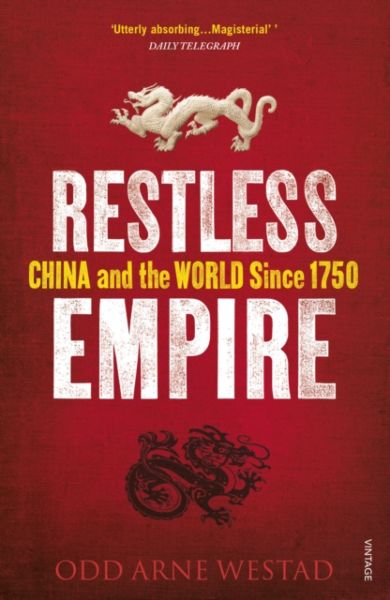 Se flere produktegenskaper
199,-
Over the past 250 years of momentous change and dramatic upheaval, China has proved itself to be a Restless Empire. Tracing China's course from the eighteenth-century Qing Dynasty to today's People's Republic, Restless Empire shows how the country's worldview has evolved. It explains how Chinese attitudes have been determined by both receptiveness and resistance to outside influence and presents the preoccupations that have set its foreign-relations agenda. Within two decades China is likely to depose the United States as the world's largest economy. By then the country expects to have eradicated poverty among its population of more than one and a half billion, and established itself as the world's technological powerhouse. Meanwhile, some - especially its neighbours - are afraid that China will strengthen its military might in order to bend others to its will. A new form of Chinese nationalism is rising. Many Chinese are angry about perceived past injustices and fear a loss of identity to commercial forces and foreign influences. So, will China's attraction to world society dwindle, or will China continue to engage? Will it attempt to recreate a Sino-centric international order in Eastern Asia, or pursue a more harmonious diplomatic route? And can it overcome its lack of democracy and transparency, or are these characteristics hard-wired into the Chinese system? Whatever the case, we ignore China's international history at our peril. Restless Empire is a magisterial and indispensible history of the most important state in world affairs today. It is the winner of the 2013 Asia Society Bernard Schwartz Book Award.