the remarkable lives of the Suffragettes 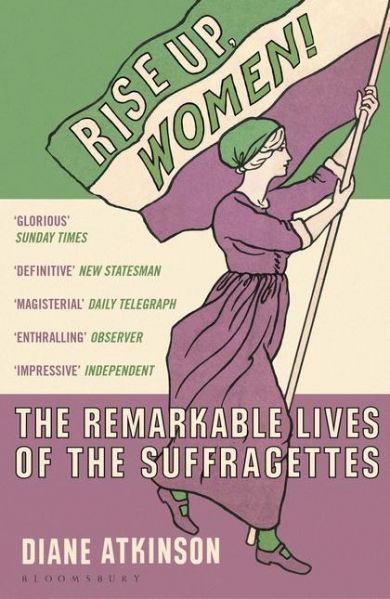 Se flere produktegenskaper
199,-
A Telegraph Book of 2018 An Observer Pick of 2018 A New Statesman Book of 2018 Between the death of Queen Victoria and the outbreak of the First World War, while the patriarchs of the Liberal and Tory parties vied for supremacy in parliament, the campaign for women's suffrage was fought with flair and imagination in the public arena. From their marches on Parliament and 10 Downing Street, to the selling of their paper, Votes for Women, through to the more militant activities of the Women's Social and Political Union, whose slogan 'Deeds Not Words!' resided over bombed pillar-boxes, acts of arson and the slashing of great works of art, the women who participated in the movement endured police brutality, assault, imprisonment and force-feeding, all in the relentless pursuit of one goal: the right to vote. A hundred years on, Diane Atkinson celebrates the lives of the women who answered the call to 'Rise Up'; a richly diverse group of actresses and mill-w
×